Episode 051A – How To Build A Successful Brewery Retail Apparel Program

Episode 051A: How To Build A Successful Brewery Retail Apparel Program

During thier 7 years in business, Joel has developed a successful Retail Merchandise Program.

As an educator, Joel knows the importance of learning and asking questions. He continually reaches out to learn more in areas of business he is not familiar with.

This mindset brought Joel to take The Merchandising Workshop – Transforming Your Brewery’s Retail Merchandise From Marketing Expense to Profit Center where he learned the, “Buy Less, But Buy More Often” strategy he mentions in the podcast, and that he still uses today.

Listen in to this 2-part episode to learn more from Joel and Riley how they are successfully incorporating design and illustration into their successful retail merchandise program. 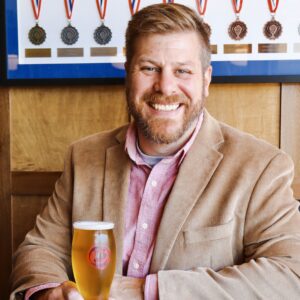 Graduate of Washington & Jefferson College in Washington, PA with a major in psychology in 2000, and earned a Master’s of Education from Duquesne University in Pittsburgh, PA in 2003.

Joel worked in public school systems, an alternative high school, and the community college system for 13 years. He also lived and taught in Dublin, Ireland as part of a graduate school opportunity. He moved to Asheboro for a teaching job with Asheboro City Schools in 2004 where he won the Apple of
Excellence Award for first-year teachers and was a runner-up for Teacher of the Year in 2012.

Joel and his wife Kristen married in August 2008, were graced with daughter Estella in 2014, and have been foster parents to three different children at different times since 2019.

Joel and business partner Andrew decided to open a microbrewery in Asheboro after attending a local festival in 2011 and noticed that most of the event’s highlights focused on locality. However, the beer available that day was anything but local. Joel saw this as an opportunity to open a business that is becoming one of North Carolina’s top tourist industries and is focused on being locally minded.

In June 2012, Four Saints was successful in having a Kickstarter campaign fully funded. At the time, it was the largest Kickstarter ever for a brewery and the fifth largest food-focused project funded through Kickstarter. With a focus on Four Saints’ marketing and branding, even before the first draft is poured, Joel acquired written expressions of interest from craft beer-focused destinations,
restaurants, and bars in Randolph County, the Piedmont Triad, the Triangle, and Charlotte. 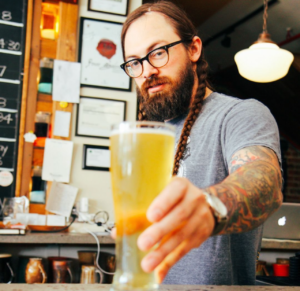 Riley has considered himself an artist as far back as he can remember. He earned an Associate’s Degree in Art at the local community college, but shortly after kicked school to the curb and focused on his artistic goals.

He spent the following years honing his artistic abilities while learning to screen print. When he wasn’t bartending or working in retail, he was selling shirts and prints of his artwork. Over the pandemic Riley started his own screen printing press. It wasn’t long after that he crossed paths with Four Saints Brewing Co. upon moving to Asheboro, NC.  Six months after being hired as a bartender he happily agreed to take over their merchandise with the added title “Director of Cotton & Plastics”.

More Than Just The Beer

Andrew and I just went ahead and we got it we got the thumbs up from our wives and that they believed in the plan, in the vision.  It’s it wasn’t about us creating a brewery to make beer so we can drink beer all day, but to create a brewery that would create a space that from a taproom side of things would create a space for people as this kind of third space.  The old kind of pub mentality where people would come after work to sit down and just kind of shuff off the day, or could make those connections, or to bring the family in…a place to be, and a place to connect, and a place to feel welcomed.

And through that, the taproom and the production, we can take, we can then turn around and do good things into our community. We can support organizations that are doing the real work in making it a better place to live and support the people that are making genuine sacrifices to improve the lives of others and like and being able to do that through this thing which isn’t you and we enjoy it, but beer is not needed to be able to turn around and support organizations and people that are doing things that are needed, that was always the vision.

How Did Your Merch Program Start?

The merch program for us started just like any other brewery that was opening at the time. We opened up in 2015 and so they were number breweries are opening, and the long and short of it is that you just had to have t-shirts.  You had to have something for people to buy because they were, at the time, especially then, that was that was a hobby for a lot of people.  That was, you know, I’m going to hit as many breweries as I can and I’m going buy a t-shirts from every single one of them and so we had to have t-shirts.

So, at the time my mindset was let’s get straight Gildan T-shirts, and nothing against Gildan, but they were the cheapest most durable T-shirt we could get with a one-color logo on the back and so that was it. They were $10 t-shirt with the idea of making it a $10 t-shirt, that’s an easy pump for somebody to be just like yea, I’ve had a couple beers, $10 bucks for a t-shirt, let me do it.

And then our loyalty program where our POS squared and then once you earn so many points you get a free T-shirt.  So people were working up to those, working up to get another t-shirt or a new designs. For the longest time that’s really it. It was just the idea of just turning through as many t-shirts as I could to get as many t-shirts on the backs. So that people were walking around Asheboro and Randolph County especially with a Four Saint’s t-shirt. that’s all I wanted. There was nothing about any special crazy design anything about real big aesthetics or any kind of a vibe, it was just a T-shirt with the logo on. And that was it. I wanted as many as I could out the door to be billboards. For people to either recognize somebody else that was wearing and say, “Hey, yea, I was just there, I go every Thursday.” Or somebody go, “What’s That?”

And it was effective, we had a lot of t-shirts of moved out for the longest time. One color T-shirts with one very simple logo design, which was either the wax seal or an image of the Four Saints on the back and that’s it just it, in color after color after color. I mean, I ran through the gamut. I found which colors don’t sell, and that has really stuck!  And that was kind of it.

Once our regulars had, at least from a t-shirt side of things, had really run through and like I got I’ve got 6 shirts already I don’t really, I’m not looking for any more T-shirts. 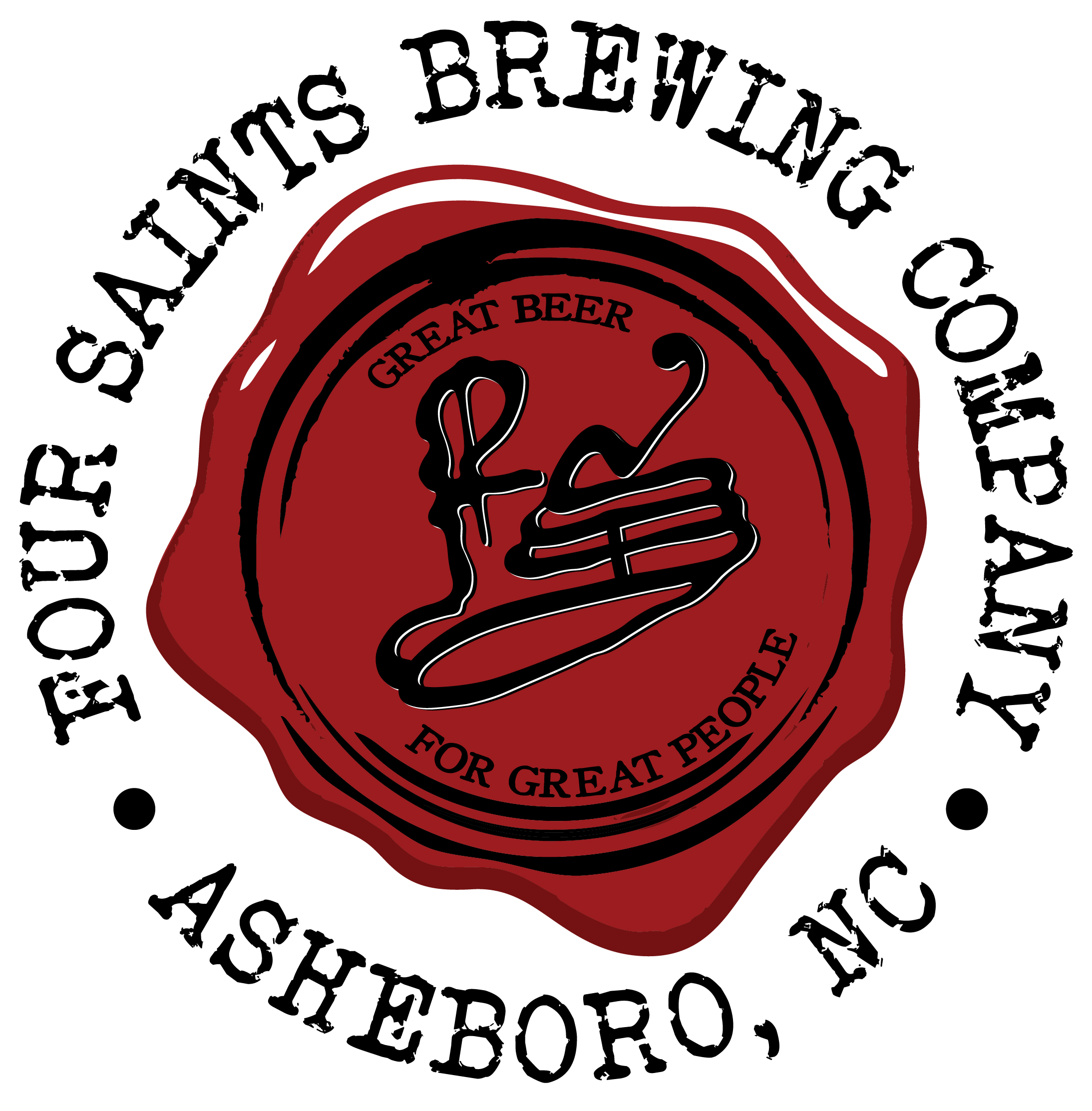