Episode 055 – Opening A Second Brewery In Another State

Episode 055: Opening A Second Brewery In Another State - The Indeed Brewing Success Story

A Tale Of Two Breweries

Below is an except from a 2019 Indeed Brewing Blog Post.

Indeed is the first Minnesota brewery to open a location in Wisconsin. So starting with the most basic of questions: Why?

When we started Indeed it was just Minneapolis. The first pint of beer here was sold in the taproom in Minneapolis and then as we’ve grown in Minnesota, we’ve always looked to Wisconsin and thought it was a great state. I have lots of friends from there and just from a purely brewery business perspective, it’s a good state for beer. But it’s also a very local-centric state. We watched a lot of brewers that just shipped beer over there and they didn’t do so well. So we always held out and wondered what our strategy would be to be successful in Wisconsin.

We got to the point a couple years ago where we said we should really look into figuring out a way to do Wisconsin. We stepped back and looked at our entire business and said, ‘gosh, we love our taproom.’ But Minnesota limits us to having one taproom by law and at the same time we were thinking about Wisconsin. And we were thinking, “what if we could have another taproom in Wisconsin, what if we could do a brewery in Wisconsin?” We’d essentially be local and we’d have the ability to produce new and exciting beers because the size of brewery would be a lot smaller and it would really be focused on a taproom-only model there.

Is Indeed planning on taking over the Midwest or what?

When we look at Indeed as a whole, we don’t see us being in 50 states, even 25. We see ourselves being very local. Culturally there’s a lot of connection between Minnesota and Wisconsin and we don’t really see the border there, even though they’re different states. Wisconsin is our backyard as well and Minnesota is Wisconsin’s backyard and they’re sort of one and the same in a lot of ways.

Morgan hails from the city of beer (Milwaukee) and resides in the land of 10,000 lakes (Minneapolis). She went to Marquette University and graduated with a degree in Writing Intensive English. She moved to Minneapolis in 2009 to pursue a career in publishing but ended up in the craft brewing industry in 2020 when she started as the Marketing & Communications Manager at Indeed Brewing Company. She was promoted to Marketing Director in 2022.

She enjoys gossiping over a pint of beer, biking in any season, and traveling to new places to see what the beer is like there. 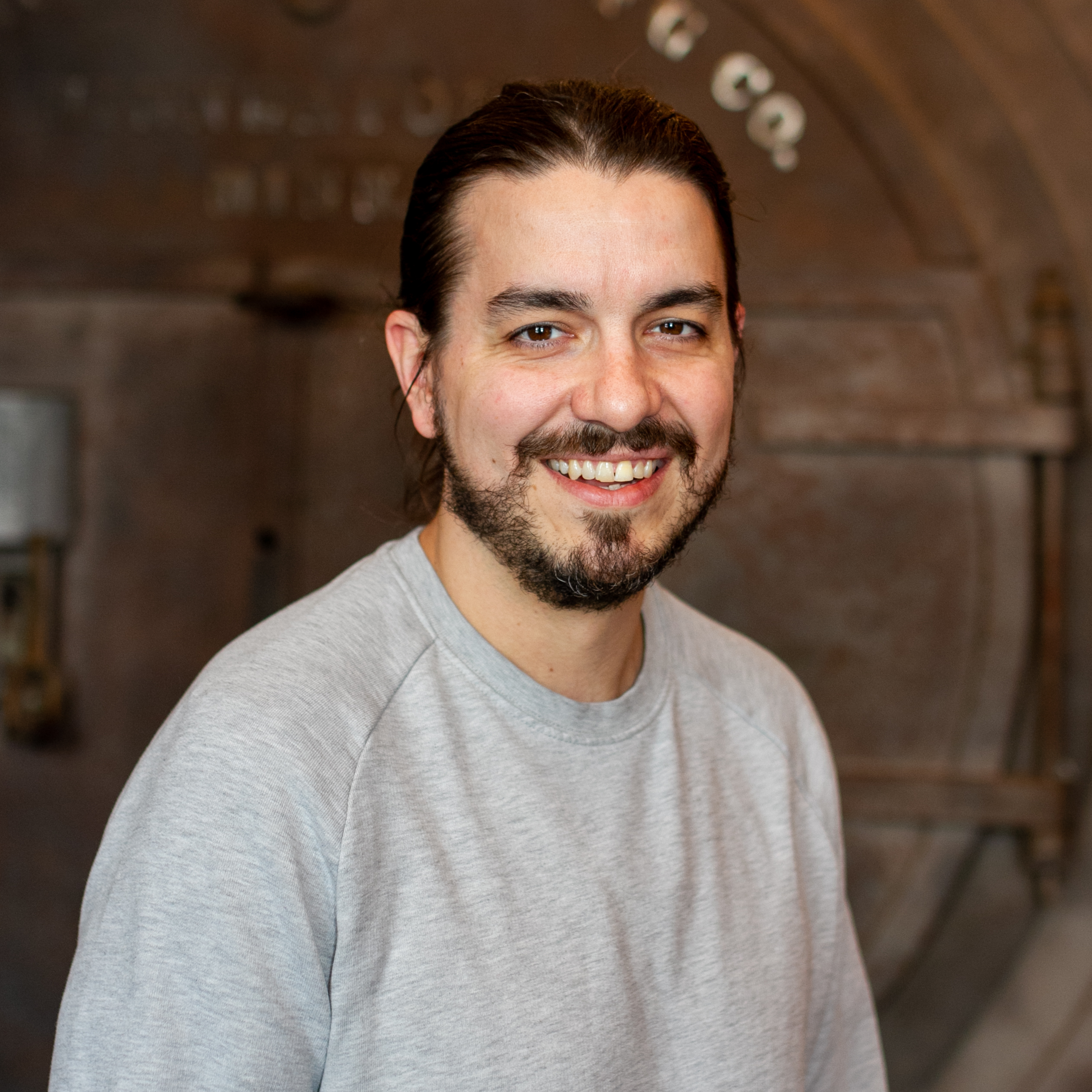 Ryan grew up in the Twin Cities by way of rural Illinois and currently resides in the Prospect Park neighborhood of Minneapolis with his partner Kate. Before joining Indeed Brewing in March of 2013, Ryan has, among other things, graduated from the University of Minnesota with a BA in History, toured in a rock and roll band, and worked a range of positions as a barista and coffee roaster, short order cook, catering director, and private chef.

Ryan’s unconventional path to Director of Experience at Indeed Brewing began on the packaging line, snapping 6-pack holders for short fills and a foot in the door. From back of the house to front, then out the front door, Ryan tended bar and managed Indeed’s Minneapolis taproom before joining the sales team. He was Sales Director for four years until Spring 2022, when he launched into a brand new role overseeing all Sales, Marketing and Hospitality for Indeed Minneapolis and Milwaukee. Ryan is a jack-of-all-trades who brings a holistic view of the brewery in its entirety, and its place in the current industry landscape.

What do you want Wisconsinites & Milwaukeeans to know about Indeed?

We want to be part of the brewing community and the broader community, but at the end of the day you have to demonstrate that. I think people will come to see us as a real local brewery, as a big part of the local scene, as valued community members that give back. We wouldn’t be there if it wasn’t the case.

Part of the reason we chose Milwaukee is not because we thought it was the most economically beneficial place to be. It was because the Walker’s Point neighborhood felt like Northeast Minneapolis. We’re not trying to convince people that we’re local. We’re gonna demonstrate it.

What is next for Indeed Brewing?

In 2022 the state of Minnesota approved a bill that included provisions to clearly legalize and to regulate hemp-derived edible and drinkable products infused with cannabinoids. It allows edibles with up to 5 grams of THC per serving and up to 50 grams per package. 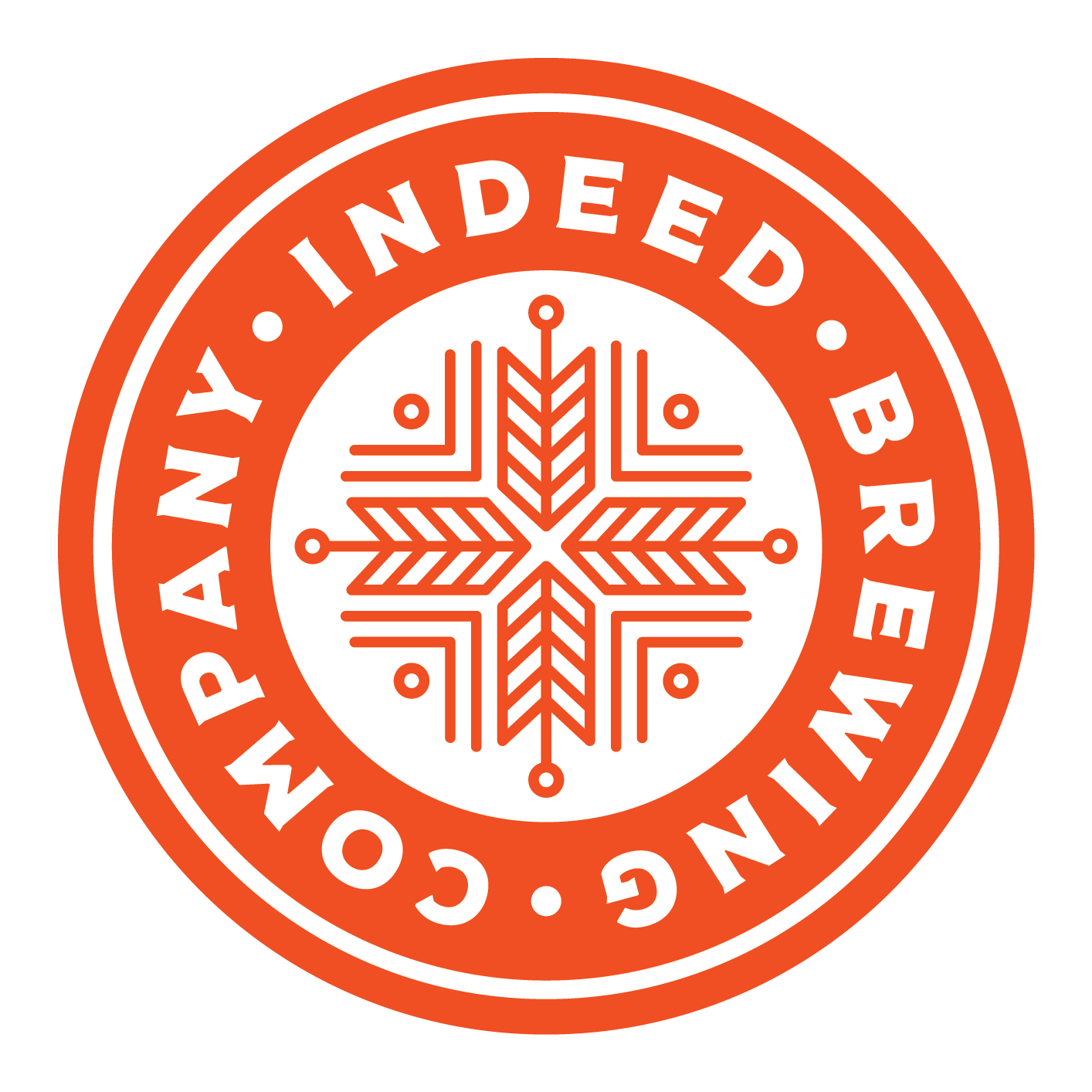